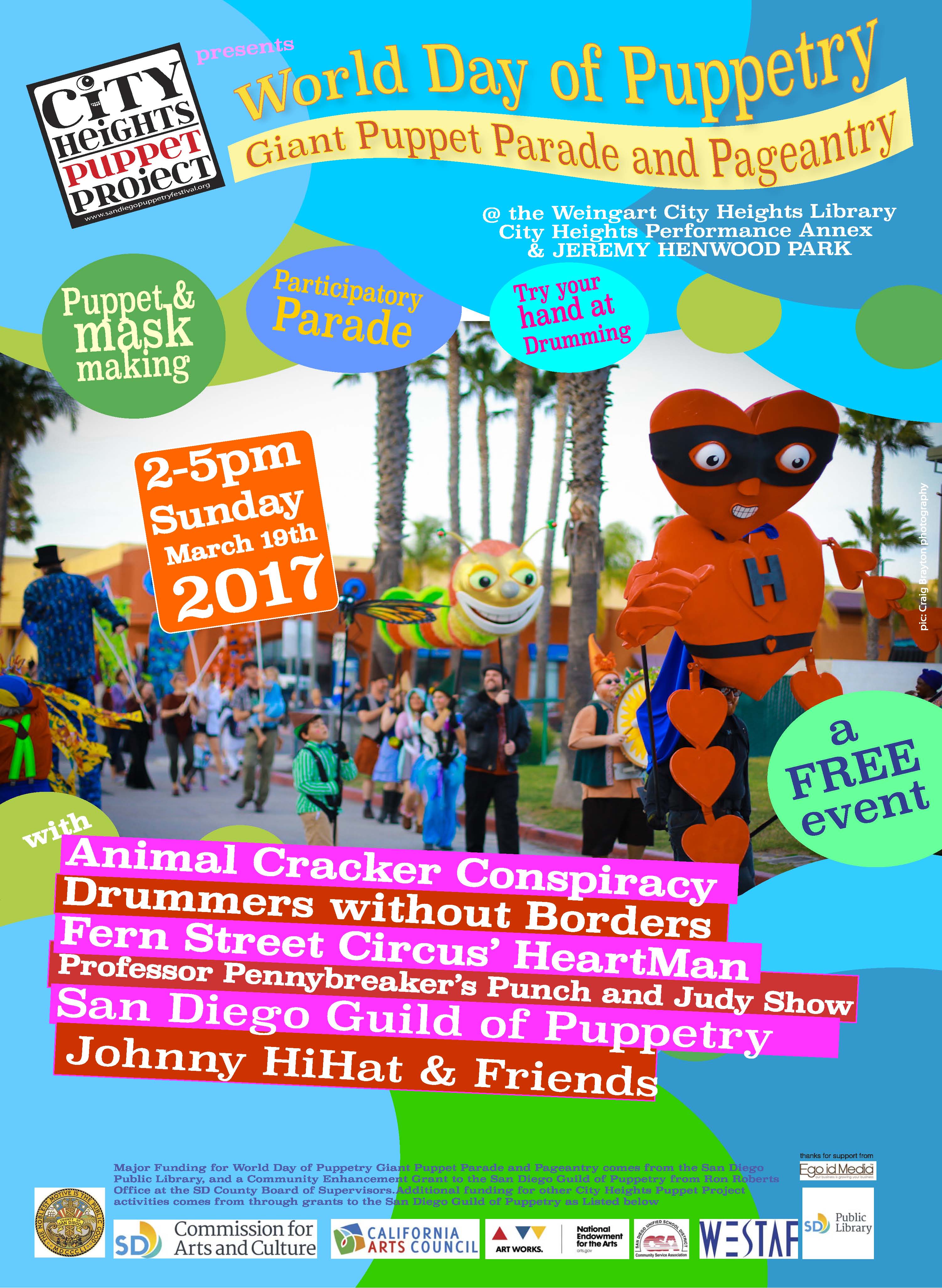 The City Heights Puppet Project is proud to present their second annual World Day of Puppetry event, free for the whole family. Festivities will take place on Sunday, March 19th, from 2 – 5pm, at the Weingart-City Heights Library and Performance Annex as well as in the Jeremy Henwood Park, 3795 Fairmount Avenue, San Diego, 92105.

San Diego Guild of Puppetry will provide an exhibit of puppets from around the world on display inside the Library during the celebration and through April 30, 2017, As well as hosting puppet and mask making stations.

Drummers without Borders will bring upcycled parade drums for eager hands to try, and will create a marching band before your very eyes!

Animal Cracker Conspiracy’s Gnomesense, last seen at the La Jolla Playhouse’s Without Walls festival, will reform to present a wacky pageant to gnomish respect for Nature and appreciation of spring! A humongous puppet caterpillar, Giant Fairies, stiltwalking sprites, huge flowers and butterflies, and, Gnomes of course, will lead an interactive back-to-gardening chant and parade!

Fern Street Circus’ Heartman will make an appearance along with Johnny High-Hat and friends..

There will opportunities for all to parade in their masks, and parade their puppets.

The City Heights Puppet Project is a collaboration between the Weingart City Heights Library/Performance Annex, Animal Cracker Conspiracy, and the San Diego Guild of Puppetry.