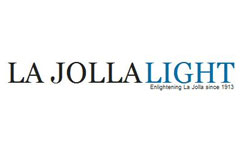 “Paper Cities” is a multimedia puppet production that’s like nothing you’ve seen before. An ongoing work-in-progress by “hybrid puppeteers” Iain Gunn and Bridget Rountree, its seventh variation was recently staged at Bread & Salt in Logan Heights. Now “Paper Cities: Variation 8” is coming to the upcoming San Diego International Fringe Festival, where it will offer five performances at the downtown Spreckels Complex, June 24-July 3. READ MORE 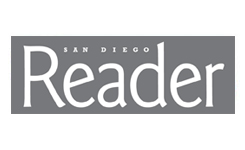 The arts carry a terrible burden. They are supposed to elevate our culture, to separate us from the beasts. Art moves the Guggenheim Foundations of the world to unburden themselves of money by the truckload so that elaborate palaces to human cleverness might be constructed. Art is serious business, charged with saving our souls in a corrupt world, which is why it’s not always very fun. READ MORE

Orpheus & Eurydice, Hole in Your Stocking and A Christmas SpecTAPular

Hole in Your Stocking? That’s a great metaphor for the holiday season, which can quickly irritate even the mellowest among us. It’s also the name of the super-cool holiday show happening at the Marie Hitchcock Puppet Theater in Balboa Park on Saturday, Dec. 20 (the performance starts at 8 p.m., with a pre-show puppet-making workshop at 7 p.m.). READ MORE

If you’re a little unclear about exactly what “Paper Cities” is, that’s understandable. Just use your imagination. Artist and puppeteer Iain Gunn calls it a requiem for paper, where even the puppets are made out of cardboard and other found materials. “Paper is going out of style,” Gunn said. “People are all on their Kindles, their iPads, things like that.” READ MORE

Bridget Rountree and Iain Gunn’s University Heights home is a hotbed of creativity. The married couple and artistic collaborators were each recipients of the 2013 San Diego Foundation’s innovative Creative Catalyst: Individual Artist Fellowship Program, which teams artists with nonprofits and puts up to $20,000 of grant money in artists’ hands (the nonprofits’ involvement helps ensure public programming and other tangible results). READ MORE 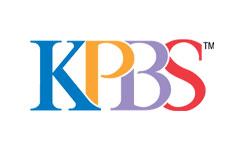 Adult Puppet Cabaret challenges expectations about what puppetry is. It does this through both the content of the show and the types of puppets it uses. “Hey how’s it going San Diego, I’m Gary, Gary San Diego.” Okay, Gary San Diego – with his leopard skin underwear, open shirt, and chugging a beer — might not be the kind of puppet character you’d use for a kid’s show but he’s perfect for an Adult Puppet Cabaret. READ MORE 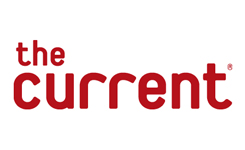 The Collector — The San Diego, Calif., puppetry company Animal Cracker Conspiracy presents this show at the Bedlam Design Center in Minneapolis. The story looks at the life of a lowly debt collector who experiences a spiritual transformation while going about his work. On a larger level, the story examines the role of objects in our lives, and what owning those objects says about ourselves. READ MORE

Tell your friends that you’re going to see something called “Adult Puppet Cabaret” and you might get a puzzled look. Miss Piggy in pasties? Sexy Punch and Judy?. Bridget Rountree’s heard it all. Six years ago, she and Iain Gunn co-founded Animal Cracker Conspiracy Co.—a puppet-making and performance outfit—and began putting on shows under the title Adult Puppet Cabaret. READ MORE

The Collector at ArtPower UCSD

If you haven’t experienced ArtPower yet, February would be a fine time to start. What is ArtPower? It’s a program at UCSD designed to pump up cultural life on campus and in the community by presenting exciting performances from around the world. Innovative dance companies and hip combos of classical, jazz, and roots musicians are the norm here, and there are many opportunities to interact with the artists at intermissions. READ MORE 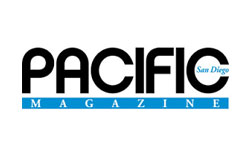 The Collector at ArtPower UCSD

The Animal Cracker Conspiracy puppetry team has performed fun shows for kids, but this is serious programming for adults. Featuring intricate handmade puppets, and backing audio from experimental composer Margaret Noble, “The Collector” tells the story of a (puppet) man confronting his predestined role in society and debating whether to break free. READ MORE 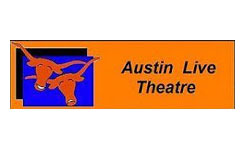 Austin Premier of The Collector

Fringe Theater Review of The Collector

You’ll have a hard time figuring out what Animal Cracker Conspiracy’s genre-defying, ruthlessly avant-garde piece is about, but that won’t make it any less visually arresting or aurally haunting. Bridget Rountree and Iain Gunn employ animated video, live video projection, and puppetry to tell the story of a debt collector who works at “Accrued Property Enterprises.” READ MORE

Ian Gunn and Bridget Rountree are masters of “creative collaboration”. Their Animal Cracker Conspiracy is part of the Puppet Slam Network which states, “Underground puppet shows are popping up everywhere. They feature contemporary short form puppet and object theatre for adult audiences, open late at night in small venues, night clubs and art spaces, Puppet Slams exist at the nexus of vaudeville, burlesque and performance art through READ MORE

Feature Interview of The Collector

Animal Cracker Conspiracy is pushing the boundaries of puppetry with their new production, “The Collector” at 3rd Space in University Heights. I went behind the scenes to see what it takes to create puppet theater. Watch the video or listen to the radio feature. You are about to enter another dimension. A dimension not only of sight and sound, but of mind and puppetry. Next stop… Animal Cracker Conspiracy. READ MORE

Pick of the week – The Collector

Iain Gunn and Bridget Rountree have been doing experimental adult puppet theater in San Diego since 2005, and now they’re wondering how far audiences here are willing to go. Their puppeteering fingers are crossed in hopes that folks will follow them into a dialog-free, soundscape- filled world of a debt collector—his true reality, his dream state and his subconscious. READ MORE

If you talk to someone about puppets, the conversation will most likely include words like “cute,” “sweet” or “Kermit.”

Unless, of course, you’re talking to Iain Gunn, a local artist who makes puppets for a living. He can tell you everything there is to know about puppeteering — from its royal roots to the positive effect it has on young children. READ MORE

The last time that I stepped into the Adult Puppet Cabaret (a previous rendition), I had one of those, “Jesus Christ, is this really San Diego?” moments. The unmarked warehouse located in a quiet, unassuming, industrial part of town, seemed as if it had been teleported from… well, lets just say from a larger, more bohemian city, and not necessarily even in this country. But inside this particular large warehouse, in San Diego, was a complete cabaret experience– READ MORE

What chirps rather than talks, is covered with colorful feathers, frolics all about, and is close to eleven feet tall? Why Bridget Rountree and Iain Gunn, of course, when they’re working their magic on stilts and playing the part of rainbow colored birds! As co-founders of Animal Cracker Conspiracy Puppet Company, the couple will be performing at McGroarty Arts Center on Saturday, June 4, as part of the “’8th Annual Celebrate Puppetry Festival.” READ MORE

They’ve got the world on a string

Where does your mind go when you read the word “puppet”? You’re probably thinking of Kermit the Frog, or Pinocchio, or maybe that crusty old shark-faced oven mitt you used to play with while Mom fixed dinner. It’s tough to say why, but for the average American, puppetry is securely snuggled in the realm of kiddie entertainment. READ MORE